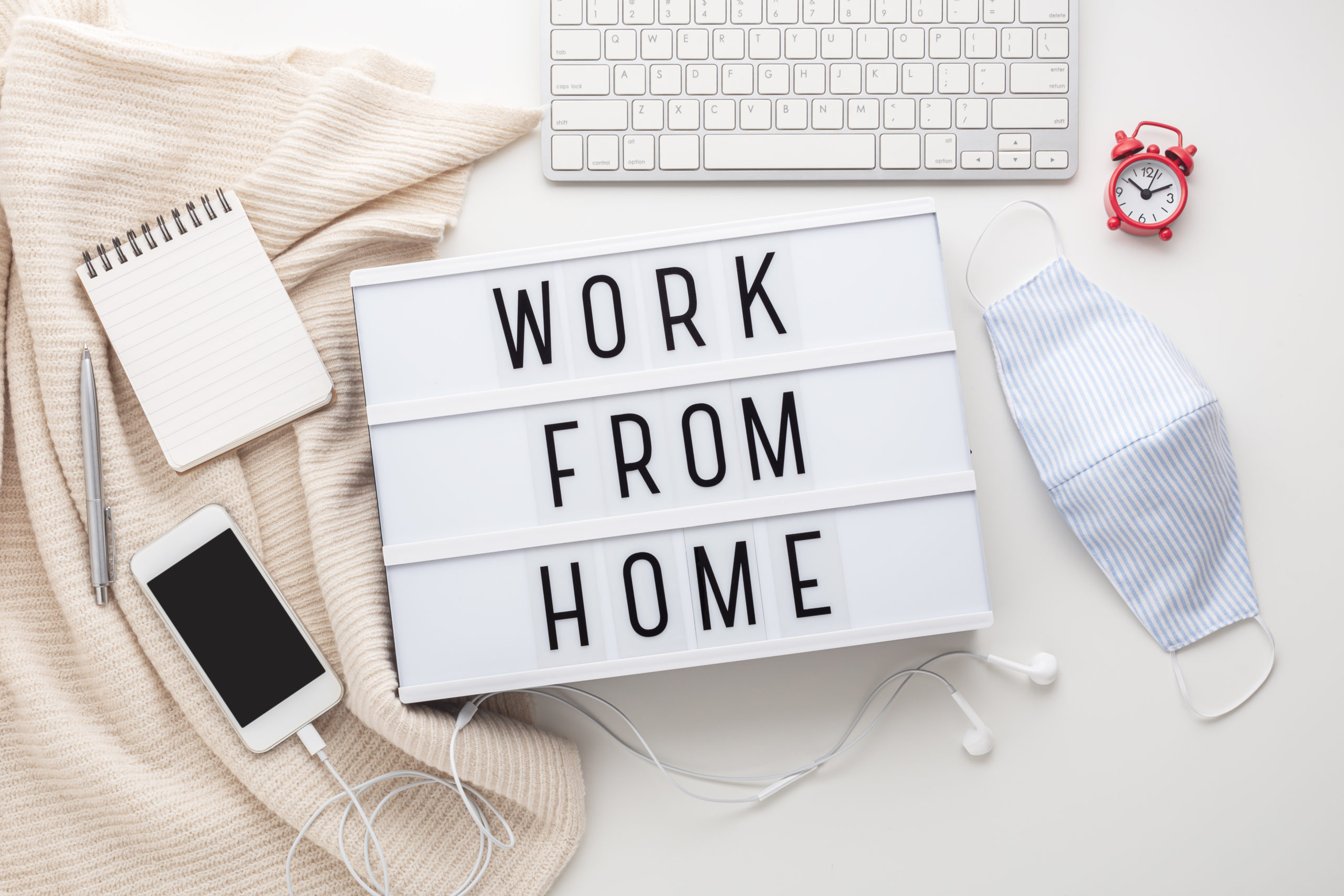 Full article with thanks to https://www.mckinsey.com/featured-insights/future-of-work/what-800-executives-envision-for-the-postpandemic-workforce

The COVID-19 pandemic has caused major disruption to our working lives in the short term, and is likely to change the way that we work in the long term.1 To understand these changes, McKinsey commissioned a survey of business executives around the world in June 2020. The results suggest that the crisis may accelerate some workforce trends already underway, such as the adoption of automation and digitization, increased demand for contractors and gig workers, and more remote work. Those changes in turn will create greater demand for workers to fill jobs in areas like health and hygiene, cybersecurity, and data analytics.

The responses to the survey point to a period of disruptive change ahead. Not only has COVID-19 thrown millions of individuals out of work, but the mix of jobs that emerge from this crisis is likely different than those that were lost. People with the lowest incomes and educational attainment have been disproportionately affected, putting strains on achieving inclusive growth and potentially raising income inequality. Small and midsize businesses and communities of color, already more severely affected by COVID-19, are also more vulnerable to disruption from increased automation.

These insights are based on a recent survey of 800 executives, representing a full range of industries in eight countries. Half of the respondents are based in the United States, and the rest work in Australia, Canada, China, France, Germany, India, Spain, and the United Kingdom. The respondents represented businesses of different sizes, with a quarter from companies with less than $1 billion in revenues, and the remainder split between companies with revenues of $1 billion to $10 billion and those with revenues over $10 billion.

Since the start of COVID-19, executives say adoption of digitization and automation technologies has accelerated

Unprecedented restrictions on travel, physical interactions, and changes in consumer behavior since COVID-19 took hold has forced companies and consumers to change the way they operate. This has spurred digital transformations in a matter of weeks rather than months or years. As nonessential workers shifted to working from home, 85 percent of respondents in the McKinsey survey said their businesses have somewhat or greatly accelerated the implementation of technologies that digitally enable employee interaction and collaboration, such as videoconferencing and filesharing. Roughly half of those surveyed reported increasing digitization of customer channels, for example, via ecommerce, mobile apps, or chatbots. Some 35 percent have further digitized their supply chains, for example, by connecting their suppliers with digital platforms in supply chain management.

Adoption of automation technologies—including robotics, autonomous vehicles, and AI-driven software that can perform processing workflows—has also accelerated during the pandemic, although to a lesser extent than digitization. These trends reflect automation’s ability to facilitate contactless interactions at a time of social distancing and heightened awareness of hygiene, as well as cost pressures that may arise from the economic slowdown caused by COVID-19. Another plus: robots don’t get sick.

For example, during the pandemic, American Eagle Outfitters deployed robots to help it sort clothes in its warehouses to meet a surge of online orders, and IBM saw a surge in new customers in the second quarter of 2020 for its AI-driven Watson Assistant, a platform for deploying chatbots and other customer services.3 Use of such technologies allows contactless customer interaction in a period when human contact is discouraged and builds resilience by limiting reliance on virus-susceptible employees. Providers of cloud services, such as Amazon and Alibaba, have announced plans to markedly step up investment in cloud services, an indication that they expect increased demand related to changes in the workplace post-COVID.

Companies across industries are reporting increased adoption of automation. Brain Corp, for example, reported that the use of robots to clean retail locations in the United States had risen 13.8 percent in the first quarter of 2020 and 24.0 percent in the following quarter, compared with the same periods in 2019.4 With a higher volume of packages moving through sorting centers, FedEx and other distribution companies have deployed more robots to mitigate the impact of having fewer employees on site because of social distancing.5

While executives in all sectors report increased adoption of digitization and automation, those in the financial services and technology sectors have seen the greatest acceleration of such technologies since the COVID-19 outbreak. Some 88 percent of finance and insurance executives and 76 percent of information and technology executives reported increased implementation of automation and AI since the outbreak. These sectors were leaders in digitization and automation prior to the pandemic, and the peculiarities of the coronavirus made the advantage of digital payments and other machine-powered activities clear. Use of tap credit cards and cashless money transfer systems has risen during the pandemic, and more and more transactions are taking place online. From April to May this year, downloads of the Venmo person-to-person payments app rose 16.5 and 20.1 percent at Square Cash.6 Consumer migration to digital banking of this sort may mean fewer bank employees are needed in retail branches.

Even amid the rapid changes that are underway, executives are confident about their companies’ ability to navigate these changes. Eighty-two percent say they feel at least somewhat confident—with half saying they’re highly confident. One silver lining from the pandemic is that companies have found they can adopt new technologies much faster than they previously thought. As Microsoft’s CEO has famously said, “We’ve seen two years’ worth of digital transformation in two months.”7

Some remote work is here to stay, but not for everyone or for every workday

Before the pandemic, remote work had struggled to establish much of a beachhead, as companies worried about its impact on productivity and corporate culture. With the advent of COVID-19, however, tens of millions of employees were sent home, armed with laptops and other digital technologies, to start work. Now, some employers intend to increase the number of their employees working remotely at least some of the time, although at far lower levels than seen during lockdowns and quarantines.

The potential for remote work is highly concentrated in a handful of sectors, such as information and technology, finance and insurance, and management, and executives from those sectors show greater intent to deploy their employees remotely. Some 34 percent of respondents from the information and technology sector said they expect to have at least one-tenth of their employees working remotely for at least two days a week after COVID-19, compared with 22 percent of executives from that sector surveyed before the pandemic. Most of the companies that have announced plans for greater remote work among their employees are from the technology of finance sectors, notably Facebook, Twitter, and Hitachi. Nationwide Mutual Insurance Company, for instance, recently announced that it would close five offices in smaller cities around the United States and have employees there work remotely. Similarly, Morgan Stanley and Mondelez have said they will be using hybrid work models going forward. With such corporate leaders setting new expectations for how and where work gets done, remote work could become a way to lower real estate costs and compete for talent.

It is important to keep in mind, however, that more than 60 percent of workers in the US economy cannot work remotely. Their jobs require at least some physical presence such as standing on a meat processing line, helping customers in a store, or providing healthcare services. In less economically developed countries, the share of workers unable to work remotely is even higher.8 The potential for remote work depends on the nature of tasks conducted; workers in jobs requiring interaction with machinery or in outdoor spaces, for example, are less likely to be able to work remotely than those using computers to do their work.

There will be challenges in managing a workforce that is working partly remotely and partly in person. Companies will need to reconstruct how work is done, decide which employees and roles are best suited to remote work, and reconfigure and rethink the workplace.

Companies plan to increase roles in health and hygiene

COVID-19 has drawn intense attention to issues of sanitation and workplace safety. In our survey, 83 percent of respondents said they would hire more people for health and safety roles. Of these, 73 percent of executives said they expect to hire more people to manage on-site physical distancing and sanitation. This is also an area, however, where companies could deploy robotics. Robots now can clean floors, windows, and ducts, and one robot even promises to kill bacteria in hospital settings.

As workspaces are redesigned, companies will likely add new roles in facilities management. Workers specializing in things like ventilation and elevator operations will become more important, as will custodians and caterers. Gone is the coffee bar, replaced perhaps by a station where temperatures are taken. More space between workspaces and employees assigned to zones to better prevent disease spread will require new roles in security.

Some 35 percent of survey respondents said they would need more workers skilled in automation, AI, and robotics, a reflection of the increased deployment of automation during COVID-19. Companies as varied as Walmart, JPMorgan Chase, and AT&T already have built programs to retrain their employees losing jobs to automation in new skills that complement automation. Such skills currently are rare among the workforce, and retraining employees in them typically costs companies less than laying them off.

When hiring for on-site roles, executives expect to rely much more on contractors and temporary workers

Two years from now, about 70 percent of the executives in our survey expect to use more temporary workers and contractors onsite at their companies than they did before the crisis.

The intention to migrate to a model with greater reliance on on-site contractors is particularly pronounced in the accommodation and food services sector, as well as in healthcare and social assistance.

Uncertainty about how the pandemic will play out and when economies will regain momentum may be among the reasons for plans to increase the number of contractors they use. Another reason to make labor a variable cost through contracting may reflect cost pressures companies experience as they work to survive through the downturn.

COVID-19 already has dramatically changed the way many jobs are done, and employers are now planning how best to extract benefits from those changes as they prepare for business after the pandemic subsides. Greater digitization and automation, more demand for independent contractors, and increased reliance on remote work have the potential to deliver better productivity, lower costs, and enhance resilience. Innovation historically has driven changes beneficial to workers and humanity at large, and new workplace trends hold the promise of greater productivity that will fuel broader well-being. The trick will be in reducing the risk of unequal outcomes, ensuring companies of all sizes can benefit, and preparing workers for these shifts.

Full article with thanks to https://www.mckinsey.com/featured-insights/future-of-work/what-800-executives-envision-for-the-postpandemic-workforce

Change Management: The Importance of The Three Phases