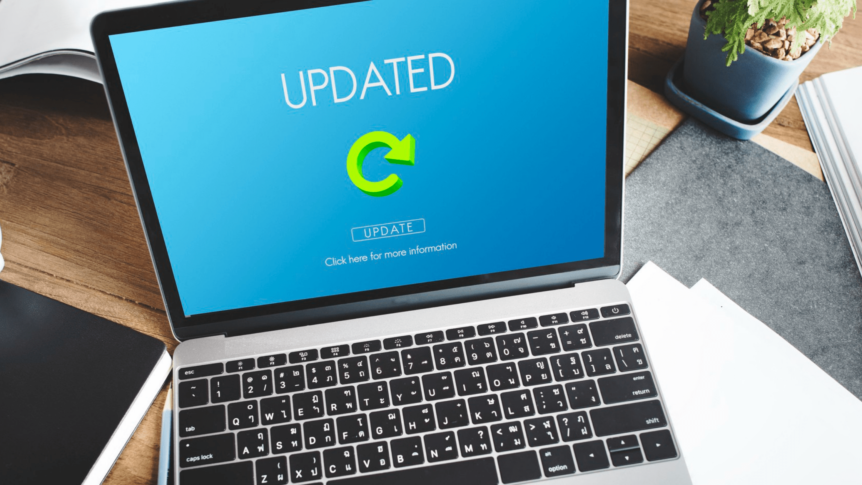 Full article with thanks to: hbr.org/2021/07/how-good-is-your-company-at-change

It was a month like no other that Delta Air Lines had ever experienced: March 2020. Travel bans and rising coronavirus fears sent bookings into negative territory—more customers were cancelling upcoming trips than booking new ones—and at the nadir, the airline cut 85% of its flights. Not even the terrorist attacks of 9/11 had precipitated such a sharp drop in business, and the decline was accelerating each day.

Unprecedented change required a serious response. A week after the United States locked down, Delta began calling big corporate clients and surveying leisure travellers. What can we do, the company asked, to make you more comfortable with air travel? Customers consistently said they just didn’t feel at ease being seated next to strangers, even with mask requirements, improved air-circulation technology, and heightened cleaning.

Though it would be costly, the best response, Delta executives decided, would be to block the sale of middle seats. In the first week of April 2020, when Delta’s CEO, Ed Bastian, made the decision, planes weren’t filling up anyway, so the immediate impact was muted, but Bastian and his team were playing the long game. According to Paul Baldoni, Delta’s vice president of Americas pricing and revenue management, the goal was to help customers relax about travelling—in that difficult moment and over the long term. Indeed, Delta kept its block in place for 12 months, until May 1, 2021, by which time, management argued, vaccines and a decline in overall cases had customers feeling much more secure about flying in full cabins again.

Delta made the decision to block the sale of middle seats relatively quickly. But implementing it wasn’t easy. As a legacy airline, the product of multiple mergers over the years, Delta has many different technology systems. Instituting a change of this magnitude across all those systems, executives knew, would be complicated. They drew up a list of 25 to 30 things they would need to do to succeed, from adjustments to the digital site to internal and external communications about the new policy. As they worked through their to-dos, and as more levels of the organisation became involved, that list grew to hundreds of items.

To help ensure that no one was placed in a blocked seat, for example, the company laminated cards detailing the new policy and distributed them to gate agents and flight attendants—a simple fix, but it worked. Over time, though, Delta shifted from emergency fixes to systemic changes. “We start with the quick solution,” Baldoni says, describing its approach, “and then look at how we can make it more efficient.” Soon the company was building new rules into all its technology systems, which allowed it to automatically determine passenger limits by plane model. Many of Delta’s competitors eventually followed suit, though often with less clear-cut policies, and most dropped the restrictions within a few months.

Delta’s quick response to the pandemic illustrates how a large-scale, complex organisation can lean into its strengths and effect major change in rather short order. In the fourth quarter of 2020 removing the middle seat left the airline with 9% fewer seats to sell than its competitors had, but even so, Delta’s revenue was 12% higher than the average of American, United, and Southwest combined—difference management sees as an indication that its customers were willing to pay for the extra space. Delta’s overall Net Promoter Score also skyrocketed to an all-time high, demonstrating that its long-term focus paid dividends.

The lesson: A company’s capacity for change matters. A lot.

We talk to executives all the time, all over the world, and no matter how we start out, we always end up discussing change. These executives are seasoned professionals—experts in their fields, with a deep understanding of their companies and their markets, and usually very well-schooled in the art of management. But the current business landscape is evolving so rapidly and unpredictably that they are full of questions about change. How much? they want to know. How fast? How sustainable? And sometimes just How?

In our experience companies can’t hope to answer these questions unless they understand their own capacity for change. Traditionally that has been hard to determine because they’ve lacked effective tools for measuring it. To paraphrase the old adage: If you can’t measure it, it sure is hard to address.

Two years ago, in response to the rising chorus of questions, we began devising a system to help companies measure their capacity for change—their change power, as we call it. Some people were sceptical. The idea seemed impractical, even quixotic. How can you possibly measure something as amorphous and intangible as the capacity for change? But the more we thought about it, the more we felt that question demanded an answer. After all, we have metrics for many things in business today that once seemed impossible to measure.

Just a few decades ago companies had no good measure of customer loyalty. Then, in this magazine, our Bain colleague Frederick Reichheld introduced the Net Promoter System. Today NPS is so widely accepted as a barometer of success that many companies report it to their investors. That example inspired us to develop a roughly analogous system for measuring change power.

We had been studying corporate change efforts for more than a decade, tracking which programs worked and which didn’t. From that research we identified nine common traits and abilities that make companies excel at change: purpose, direction, and connection (necessary for leading change); capacity, choreography, and scaling (necessary for accelerating change); and development, action, and flexibility (necessary for organising change). Delta Air Lines has strengths in each of the three groups, which helps explain why it responded so well when the pandemic hit, relative to its competitors. The company is particularly strong in purpose, connection, and action.

The Elements of Change Power

Nine traits and abilities help companies excel at change. Understanding your strengths and weaknesses in these categories allows you to determine your capacity for change and to create a blueprint for increasing it over time.

To determine the changing profile of an organisation, employees are asked to score it on statements related to each of the nine traits. The scores are combined to get an overall change power number, which provides a ranking relative to competitors and other companies on our change power index.

In developing our system we conducted a survey of close to 2,000 employees from 37 large global organisations representing a variety of industries. What we found is that a company’s change power is a strong predictor of its performance. Companies that appear in the top quartile of the index are more profitable, with margins twice those of companies in the bottom quartile.

Companies in the top half grow revenue up to three times as fast as do companies in the same industry that rank in the bottom half. Each move into a higher decile on the index (from, say, the 50th to the 60th percentile) correlates with a margin improvement of 150 basis points and an increase in total shareholder return of more than 250 basis points.

In addition, companies that appear in the top quartile of the index tend to have leaders and cultures that rate significantly higher in the eyes of their employees. Compared to those in the bottom quartile, and they have employees who feel more inspired and engaged. These findings on leadership, culture, inspiration, and engagement were consistent with Glassdoor rankings for the same companies.

What we learned in our research convinced us that change power is a valuable metric for companies to focus on. By working to understand their capacity for change, they can identify their strengths and weaknesses. It also takes stock of how they compare with their competitors and use that knowledge to develop focused plans for getting better at change. 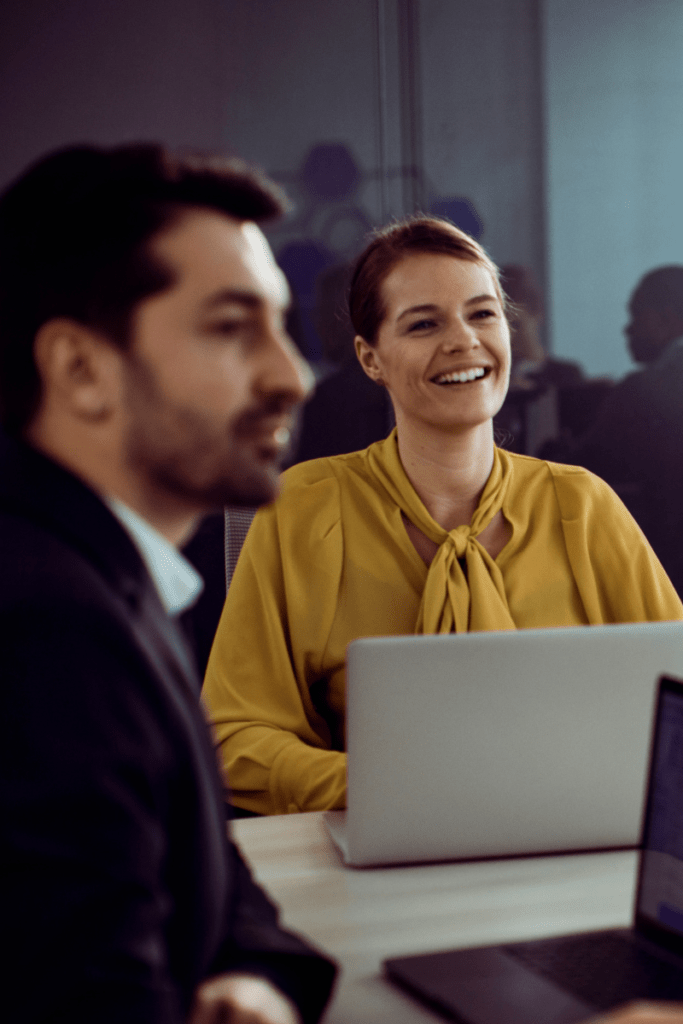 The key to change is trust. If people trust in the future scenario, they will let go of the past.

We live in unprecedented times, and our challenge as leaders is to build businesses that will thrive in a world of unpredictable and accelerating change. So what can you do to boost your change power?

1. Get the facts to plan your change management journey.

Too many companies and executives are wandering in the dark, speculating about what might or might not be. Dig in, determine your change power baseline, and understand where you are relative to your competitors. Identify specifically what you can and must improve. Small moves now are better than big ones later—test, learn, and iterate, as Delta did when implementing its middle-seat block.

2. Disrupt how you work.

Approach your current and upcoming changes by thinking not in terms of distinct projects but, rather, in terms of an organisational shift. Just as Assurant did when it transformed itself from a disjointed group of independent operators into an organisation focused on evolving toward a shared future. Consider these changes a balance-sheet issue and invest actively to build the strength necessary for sustained success.

Transformations provide the best training ground for the next generation of leaders. If you want to disrupt old patterns, embrace a new approach and improve critical change capabilities – you’ve got a lot to do! You’ll need to orchestrate a team effort, develop a shared ambition and map an action plan. That’s what the logistics company’s 40 executives did at their European retreat.

Companies need to measure, understand and boost their capacity for change. The ideas we’ve laid out in this article can help with that. By studying and improving your change power, you can build a nimbler and more resilient organisation – you become a more formidable competitor in the process.

Full article with thanks to: hbr.org/2021/07/how-good-is-your-company-at-change

Did you enjoy that? Why not share this article.

We specialise in supporting change across the insurance sector, helping insurance businesses (and other businesses) adapt seamlessly. Our services include Change & Transformation, M&A Integration, Business Process Management and Executive Coaching.

Got a question? Get in touch and leave a message.

The Return To Work Is Not The Same For Everyone

What You Need to Know About Digital Transformation